Rosalba Nattero, vice president Ecospirituality Foundation
and head delegation, in the Salle XX of the United Nations in Geneva
where the 42nd session of the Human Rights Council was held 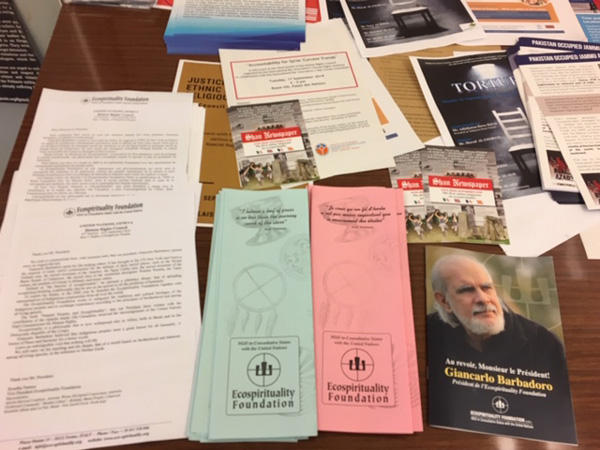 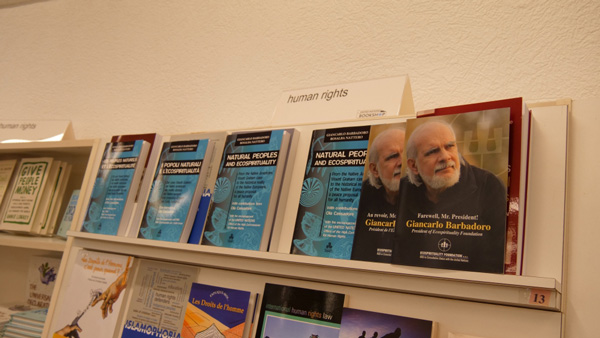 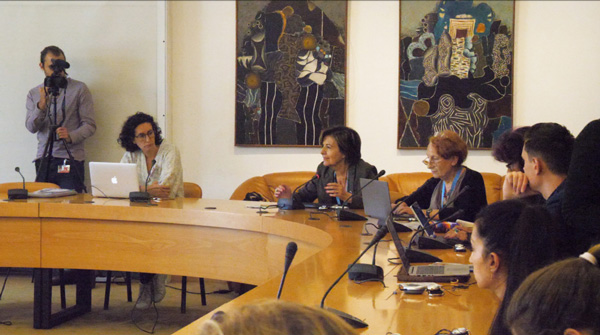 Rosalba Nattero's speech at the side event: "Language: a human right"
organized by the Society For Threatened Peoples 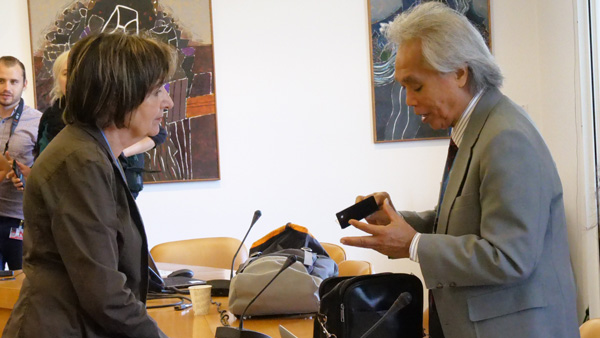 The meeting with H.E. Leon Kaulahao Siu, Minister
of Foreign Affairs of the Kingdom of Hawaii, with whom
a collaboration was activated in defense of the Hawaiian Natives 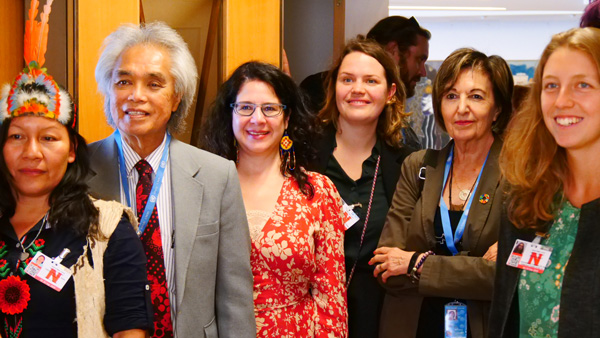 Rosalba Nattero with the Hawaiian delegation 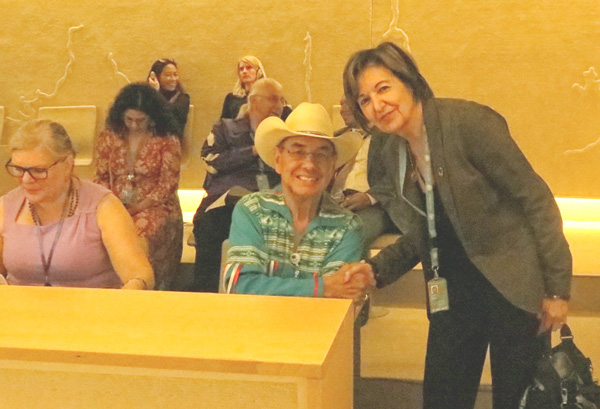 The meeting with Wilton Littlechild, Head of the Cree Nation,
with whom the Ecospirituality Foundation collaborate 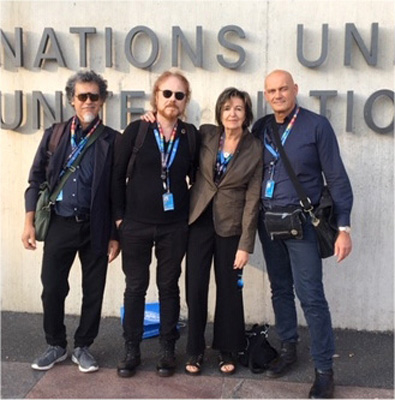