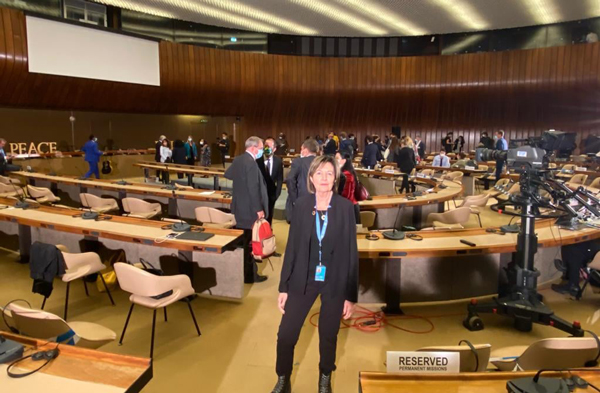 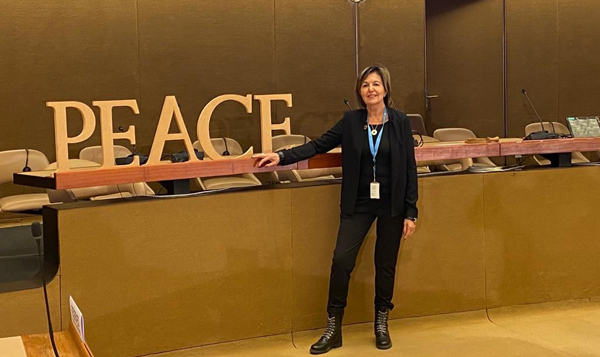 Rosalba Nattero in Salle XVIII where the Assembly was held 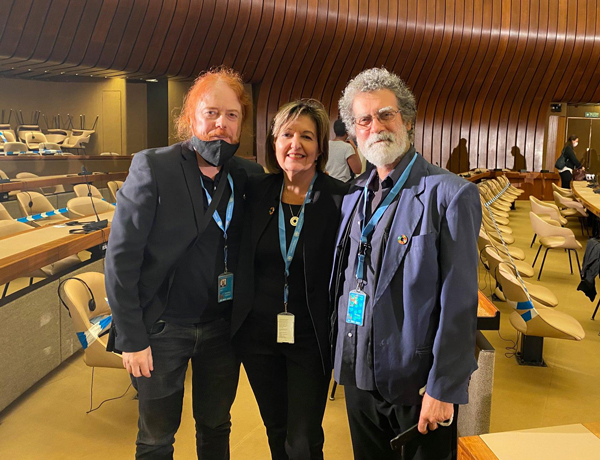 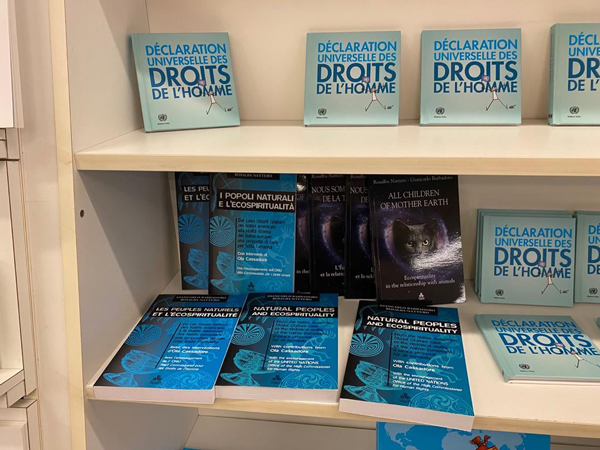 The books "Natural Peoples and Ecospirituality" and "All Children
of Mother Earth" in three languages, exhibited for sale at the
United Nations bookshop in Geneva in the Human Rights section

The Sustainable Development Goals billboard,
the UN project in which the Ecospirituality Foundation participates 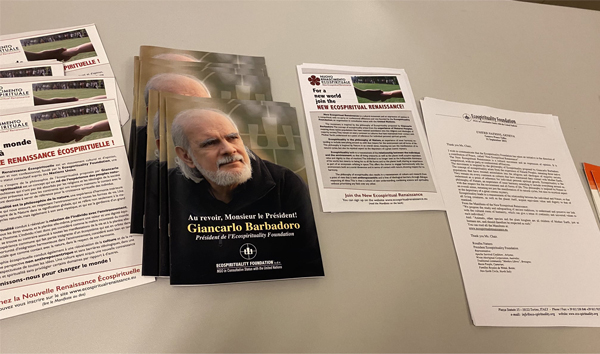